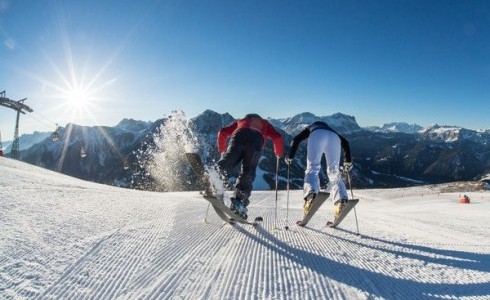 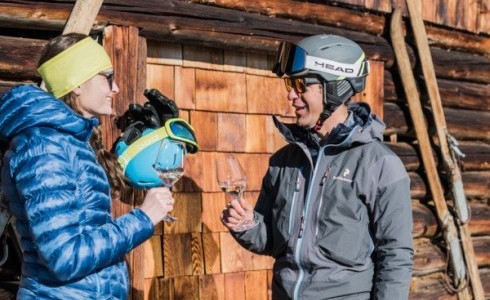 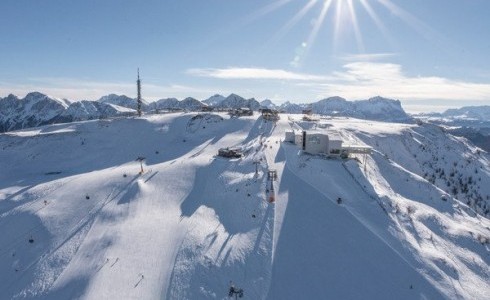 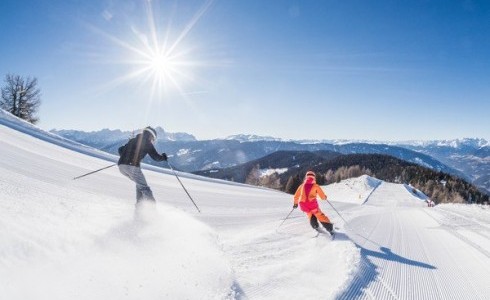 Kronplatz is a ski area located in South Tyrol, the northern most region of Italy. South Tyrol, which was part of Austria until the end of the First World War, has both Italian and Austrian influence. About 60% of the population in South Tyrol speak German, 20% Italian and 4% Ladin.

For technical and sporty skiers

With its 119 kilometres of slopes, the ski mountain between Bruneck/Brunico, San Vigilio and Olang/Valdaora is especially suited for sporty and motivated skiers with a passion for long and demanding slopes. The Kronplatz mountain has at least five such slopes: The “Black Five” demand fitness, ability and manoeuvrability. Among these black slopes, there is a famous one called Worldcup slope “Erta”.

Beginner and more leisurely skiers will find plenty of space to roam nearby. Meanwhile, snowboarders and freestylers can let off steam in the snow park featuring an easy line, medium line, medium rail line and medium kicker line. Reaching the top of the mountain is easy thanks to 32 lifts featuring the very latest technology. Speaking of top equipment, the numerous ski rental shops feature best quality and the most up-to-date equipment. Skiers are free to tackle the mountain on their own or to rely on the experienced instructors from the renowned ski school. When it’s time to take a break, there are over 40 great huts to choose from featuring various types of cuisine, from Alpine to Mediterranean.

For those who are interested in culture, at a height of 2275 meters two museum highlights await visitors: Messner Mountain Museum Corones, designed by Zaha Hadid and inspired by traditional alpinism, and LUMEN – Museum of Mountain Photographyopened in 2018 with the restaurant AlpiNN of the celebrity chef Norbert Niederkofler.

The Kronplatz ski area is part of the Dolomiti Superski circuit and therefore well connected. Since 2007, it is possible to start the classic Sellaronda ski circuit in the Dolomites from the Kronplatz mountain. Low-floor buses circulate every 20 minutes between the "Piculin" valley station and Alta Badia, providing direct access to the Sellaronda ski circuit. The Kronplatz ski area can also be reached by train: the Novale/Ried-Kronplatz stop near Percha/Perca is located directly at the valley station of the ski lifts.

All images are used with permission of and are copyright of Kronplatz Tourist Office and must not be reproduced without their permission.